Land Cover or ‘clutter’ data describes obstacles on the earth’s surface a radio wave will have to negotiate like trees or buildings. The Land cover data is layered on top of the terrain data which can be either a smooth(er) Digital Terrain Model (DTM) or a rougher ground-with-clutter ‘Digital Surface Model’ (DSM) . For DTM and DSM this will allow you to simulate attenuation from a forest or city where it might not otherwise be represented in the data resulting in much more accurate results. It also means you can enhance basic coarse terrain data with fresh high resolution land cover to reflect recent construction developments.

Radio waves are attenuated differently by different materials like vegetation and man-made buildings. The impact varies by frequency with very short wavelength signals like WiGig at 60GHz struggling to penetrate a paper wall whilst a long wavelength VHF signal can breeze through multiple brick walls. For accurate modelling its essential that land cover is considered otherwise you run a risk of an unrealistic prediction which will bear little resemblance to real world results. 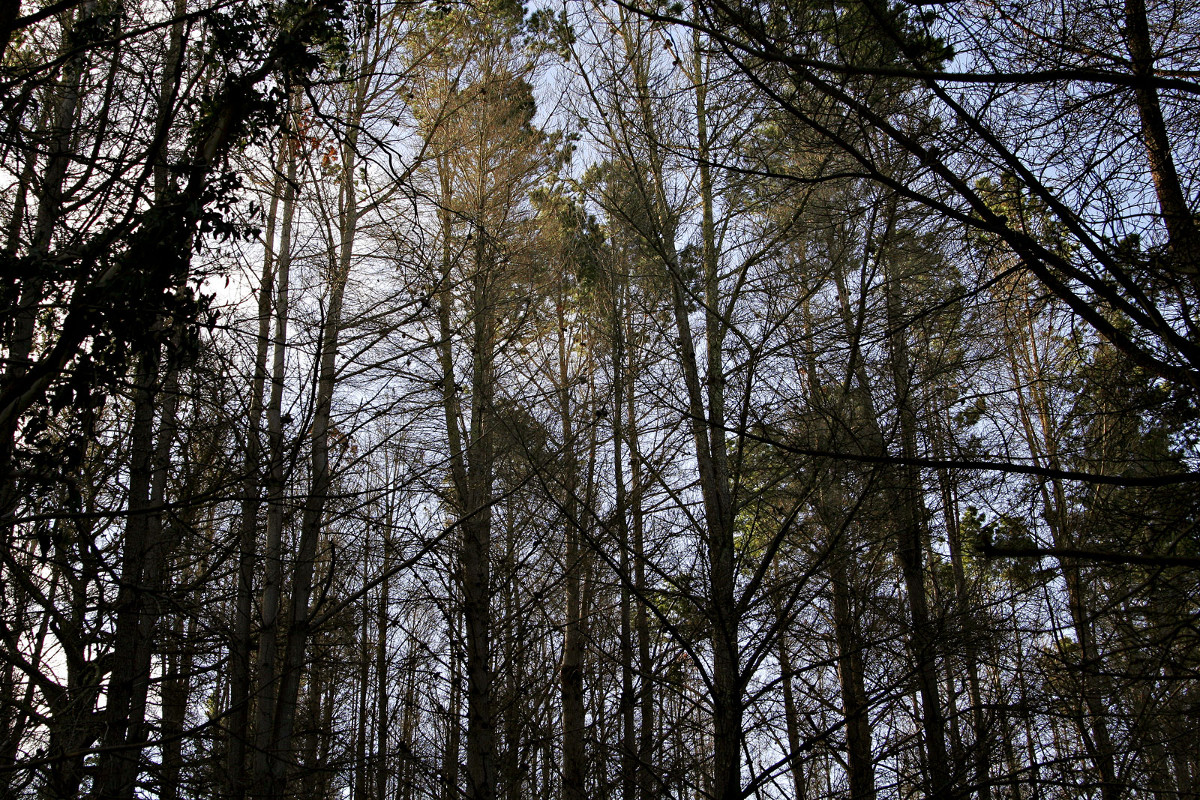 Trees attenuate differently with dense coniferous pine forests attenuating the most. An ITU standard, ITU-R P.833-7 “Attenuation in Vegetation” exists to describe the impact of a forest of different signals. There have been many academic studies into this subject but the summary of this standard for a mixed deciduous/coniferous forest is as follows: No two forests are the same but if you err on the side of caution you can budget for their impact with a rule of thumb that 10m of mixed forest is equivalent to 2dB of attenuation at 1GHz, 4dB at 2GHz and 8dB at 4GHz. Trees are defined in the Land cover used by the system with attenuation values aligned to ITU-R P.833-7 which scale with wavelength so the same forest block will attenuate a WiFi signal more than a PMR446 signal. The resolution varies by region with 30m for CONUS, 100m for Europe and 500m for the rest of the world. 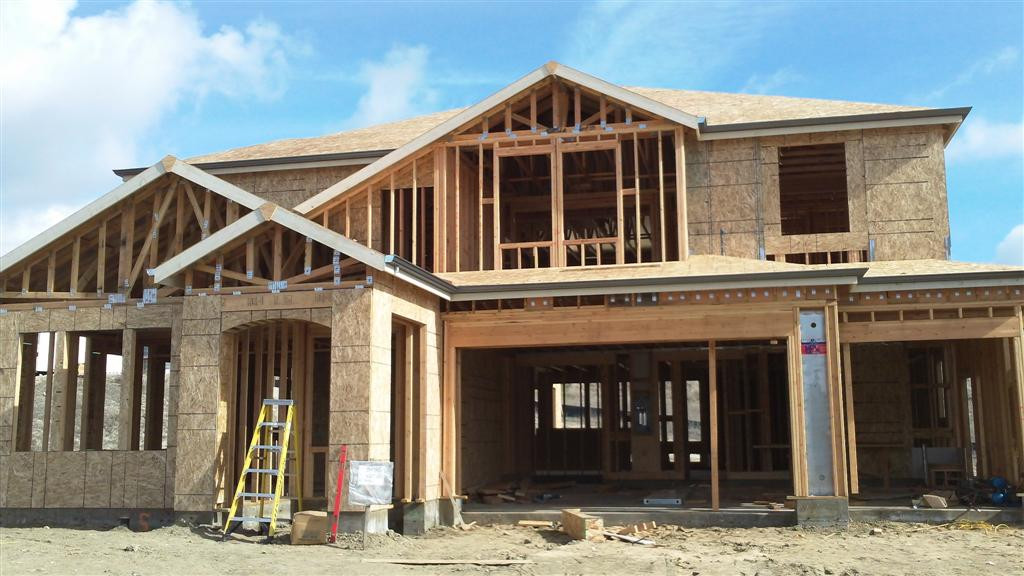 Man-made buildings are even less predictable due to the variety in size, density and materials used. Many studies have been conducted into building attenuation but they are region specific due to construction materials and designs. A good reference is a UK paper by OFCOM which merges multiple research papers and has a useful table of attenuation by material and frequency on page 39. The system currently has four classes of building attenuation for high to low intensity developments. The attenuation rate is 1% of the solid material attenuation rate (eg. Brick is 32dB/m so a brick house in CloudRF is 0.32dB/m) since most buildings are largely hollow. 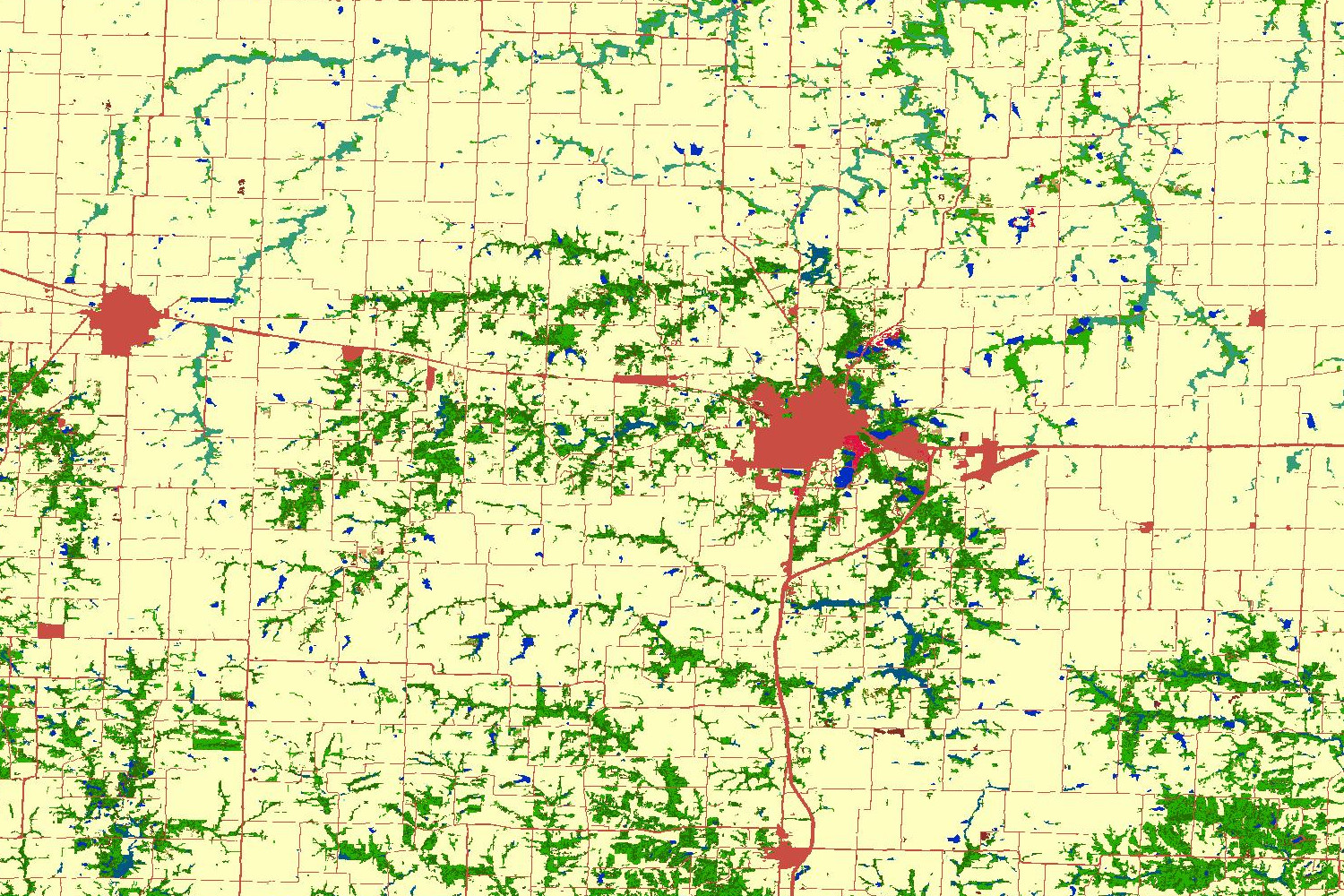 To enhance DTM and DSM models with 3D clutter, Land Cover data can be layered on top of the terrain to apply representative attenuation. This Land Cover data has been sourced from a variety of sources with up to 30m resolution. The total possible resolution possible is determined by the highest resolution data so if you are in New York City for example where there is 2m LIDAR / DSM data available, your effective resolution will be 2m.

Propagation models vary in complexity from the simple ‘one liners’ like the free-space-path-loss model to the incredibly complex Irregular Terrain / Longley Rice model. Most models are simple and must be used within their parameter limits (especially with empirical ‘measured’ models) otherwise you could get wildly inaccurate results. A good example is the well known Hata model which was designed for elevated cellular base stations serving mobile subscribers which were lower than it. If you use this model at the bottom of a hill you can get some incredibly unlikely results as the simple model has no concept of terrain only A to B. By using Land cover, the output from these simple models can be enhanced greatly to provide a result which is sensitive to changes in the terrain along a given path, similar to how the ITM model works.

Modelling little forest blocks far away from your tower is easy with accurate DSM data but modelling a huge forest where your tower is within it is a harder problem. Heights are all defined as relative to the ground so if you have a 10m tall forest which is represented as raised earth in a DSM model and your tower is 12m tall you will end up with a tower which is in fact 22m above the ground – not ideal! Instead, when working with the 30m DSM you should define your height as the height above the canopy which is 2m. Here’s a comparison using 30m DSM and 30m Land cover in west Virginia.

To demonstrate the attenuation of buildings, this example has an emitter (LTE eNodeB on 800MHz) equidistant between a city and some countryside. The attenuation of the urban land cover becomes obvious once applied which contrasts with the open fields and water.

Land cover is essential for accurate planning and is now supported at 30m resolution. Coupled with high resolution data like 2m LIDAR, you can now accurately model attenuation of different materials in a cluttered environment. More land cover data is planned for the near future along with an upgraded ‘my clutter’ interface to allow you to define your own forests or housing developments for areas where data may not be available.
Category: Clutter
We use cookies on our website to remember your preferences and repeat visits. By clicking “Accept”, you consent to the use of cookies.
Cookie settingsACCEPT
Manage consent